As I am typing these words, my clock reads 9:34 p.m.  Like most modern humans, when I want to know the time, I can check my laptop, cell phone, or (God forbid) one of those archaic orbs on the wall with an hour and a minute hand.  It wasn’t until I began penning medieval fiction that I realized how little I knew about the history of time measurement and what inventions have made it so precise today.  Days of research followed. But for my readers, I narrowed down my fascination with the evolution of time to five facts.   I hope you find them as fascinating as I do. 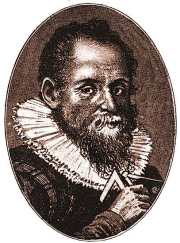 Even though the minute hand may have existed as early as the late 15th century, Jost Burgieven (pictured left)  is credited with inventing it in 1577.  Still, it took over a century for the technology to spread as the minute hand wasn’t widely added to clocks until the 1680s. 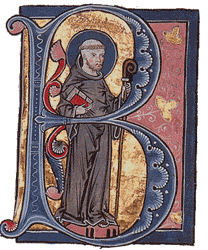 Christain monks were some of Medieval Europe’s first time keepers.

2.       For most of the Middle Ages, clocks rang seven or eight times in a day, not twenty-four.

Since most Christian monks adhered to a tight schedule of work and prayer, they were some of the first timekeepers in Medieval Europe.  For most of the Medieval period, a 24 hour day was divided into eight liturgical designations: Vigils (currently called Matins and was also referred to as Nocturns), Matins (currently called Lauds), Prime, Terce, Sext, None, Vespers, and Compline.*

Strangely, the only mention of the bells ringing for Vigils that I have found comes from David Ewing Duncan. In his book, Calendar: Humanity’s Epic Struggle to Determine a True and Accurate Year, Duncan suggests that medieval cities weren’t always consistent in recognizing the first hour of the day and a medieval traveler “might end up at his destination at midnight to hear the…first hour rung.” Considering most historians accept the theory that medieval people participated in segmented sleep, this seems odd.** How did people wake up without the sound of a bell? Did people rise naturally on their own? Or, since the term Matins replaced the term Nocturns, is there some confusion about when the bells actually rang? I’d love to know. 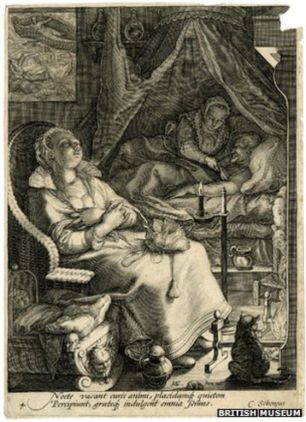 Historian Robert Ekirch considers this engraving from 1595 to be evidence of segmented sleep during the Renaissance.

By the end of the Middle Ages, wide use and improvements in mechanical clocks changed the way people kept time. I’ll discuss that in another section.

*It’s worth noting that most cities’ bells rang for other events, announcing the opening of markets, beginning of curfews, and start of special holidays.

**Whether Medieval laymen slept through the entire night is a hot topic. In his book, At Day’s Close: Night in Times Past, historian Roger Ekirch references over five hundred documents that suggest laymen went to bed around 9 p.m., slept for 3 to 4 hours, got up for 1 to 2 hours for prayer and possibly sex, and then went back to sleep until Prime. But even Ekirch recognizes that not all people followed the same sleeping pattern as does historian Jean Verdon. Historians refer to this sleep pattern as segmented sleep.

3.       The length of an hour depended on the time of year and where you lived. 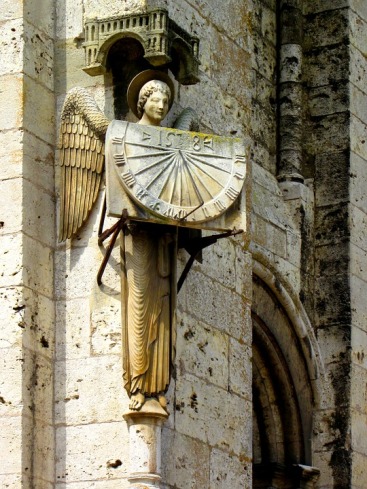 This sculpture on the side of Chartres Cathedral shows an angel carrying a sundial, a device used to tell time during the Middle Ages.

For most of the Middle Ages, the time between sunrise and sunset was divided into twelve equal portions just like it was in ancient Rome. The time from sunset to sunrise was also divided into twelve equal segments. This worked well on the equinoxes when the length of a daytime hour equaled a nighttime hour, but by the 2nd century b.c.e., people recognized how confusing this could be to travelers during the winter and summer months.

Ian Mortimer sheds light on how the medieval hours related to modern time-telling in his book The Time Traveler’s Guide to Medieval England. Mortimer says most people rose for the Prime bells, which rang at dawn. They struck for the 3rd hour of the day at Terce (mid-morning), the 6th hour at Sext (noon), again for the 9th hour at None (mid-afternoon) and once more for the 12th hour at Compline (a little after sunset). The chart below shows how bells of London would ring at different times depending on the season. 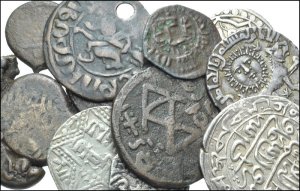 People living in the Middle Ages believed time belonged to God.  Therefore, it wasn’t theirs to waste. The question arose in the 13th century on whether merchants and craftsman could charge fees for unsettled debts (i.e. late fees). The Franciscans, who were asked to settle one particular case, decided no.  Why?  Because only God owns time and charging for it seemed unethical. Some likened late fees to usury (the sinful charging of interest) which was condemned for much of the Middle Ages.

5.        Dante Alighieri made the first literary reference to clocks that struck the hours. 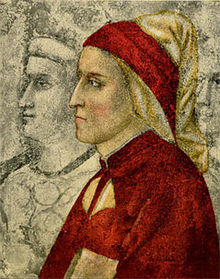 In 1320, Dante Alighieri (pictured left) referred to a clock that struck the hours in his work, The Divine Comedy.  It is considered the first literary reference to that type of clock. We know that by the 1350s this technology spread to England since King Edward III used them in his palaces. By the end of the 14th century, mechanical clocks could be found in several cathedrals and palaces throughout England. The clocks didn’t show time with an hour hand but struck a bell to signify the time. Since mechanical clocks relied on mechanisms rather than sunlight to tell time, the hours became the same length year round. The reliance on clock time was not immediate and people referred to time in two ways: solar time and time of the clock. The latter of which was later shortened to the phrase o’ clock, which we still use today.

Andrea Cefalo is a Medieval fiction author and history blogger. Her debut novel The Fairytale Keeper, was a quarter-finalist in Amazon’s 2013 Breakthrough Novel Contest. The sequel–The Countess’s Captive—was published earlier this year.  She is currently working on the third book in her series.